DNA tests that tell us about our body’s needs are all the rage right now, but do our genes really hold the answers to living healthier? Zoe Belhomme takes a simple cheek swab test to find out.

In the past few years, DNA testing has gone mainstream. Once the domain of crime scene investigations and paternity suits, DNA technology has become faster, cheaper and much more widespread, and now a simple, non-invasive test can tell us everything from our risk of developing certain diseases to whether we’re part neanderthal.

For fitness fanatics, the most interesting development is how DNA testing is now able to tell us about the kinds of food and exercise we respond to best. This effectively takes the guesswork out of our training and nutrition regimens and puts us on a more efficient path to functioning optimally.

Founded in the UK in 2013, DNAFit came to Hong Kong late last year, and offers DNA testing for nutrition and fitness. Alex Poole, DNAFit’s director in Hong Kong, says: “While some individuals are just interested in finding out more about their genetic make-up, we often work with personal trainers so they can deliver a highly tailored fitness programme to their clients.”

Unlike in the UK, where you buy the swab and have the results sent to you, here in Hong Kong you must have a consultation with Alex or one of his team. It was really valuable to be walked through the results, as they were explained thoroughly and put into the context of my fitness levels and food preferences.

A cheek swab sent to DNAFit’s UK lab analyses 45 genes linked to how the body responds to various food groups and types of exercise. The results tell you your sensitivity to carbohydrates, salt and saturated fat, whether you are lactose and gluten intolerant, your individual antioxidant and vitamin needs and also how you react to alcohol and caffeine. They will also tell you your power vs. endurance response (i.e .are you better at long-distance running or hitting the squat rack?), VO2 Max (rate of oxygen consumption) and also how quickly your body should recover after exertion. This information can then be considered, either by you or your personal trainer, when developing an exercise plan. For athletes, for whom tiny changes can mean the difference between success and failure, this knowledge can have a huge impact on performance.

I met with Alex three weeks later to go through my results, which were presented in an easy-to-read infographic. We first went through my fitness profile. I was surprised to learn that I have a 25 percent power to 75 percent endurance ratio. All my life I have considered myself to be terrible at distance events and always preferred exercise that consisted of short bursts of strength or speed. But in fact my body is genetically wired to respond better to endurance activity and for me to get fitter I should train with this in mind.

Alex described it like this: to train for a half-marathon, I should be doing more distance-based training than someone who had a higher power response. I would perhaps do one session of hill sprints, two days of running at a medium distance and at least one very long run each week. However, someone with a higher power response should do more hill sprint or speed sessions to prepare for a long race as their body reacts better to this type of training.

This isn’t to say that people with certain profiles should only do certain types of exercise or sports; it’s merely an indication of the way you should be training so you can get the best results.

While I initially didn’t see the need for a consultation, my time with Alex was invaluable. For example, I had a normal sensitivity to alcohol, which I interpreted as a good thing. But in fact people who have a raised sensitivity gain an improved lipid profile (which is linked to cholesterol levels) when they consume moderate levels of alcohol.

My results also showed that I wasn’t sensitive to lactose or carbohydrates, but as my body has a need for Omega 3, I should be taking a supplement to compensate post-exercise. The test could also tell from my genes that I was prone to soft tissue injury – something that has plagued me most of my adult life – so I should take precautions during and post-exercise to minimise the risk.

Alex concluded our session by adding, “There is no such thing as a one-size-fits-all approach when it comes to fitness and nutrition. We are all so different and our genetics play a vital role in who we are and how we react to training and diet. DNA gives you a much better understanding on your genetic makeup and what you need to do to get better results, whether that’s on the pitch or in the gym.”

Since the test I have been incorporating many of the recommendations made by the test into my daily routine and I’m already starting to notice some improvements. For me the main benefit of a test like this was awareness. Instead of trial-and-error, you are able to make informed decisions about what to eat and how to train in order to achieve your fitness goals. But it’s important to remember that while genetics play an important role, nurture always trumps nature when it comes to fitness ability. Your genetics should not stop you from doing an activity or sport, but as I’ve found out, if you know more about your body, you can train in a way that will help you perform better.

Want to test your DNA? 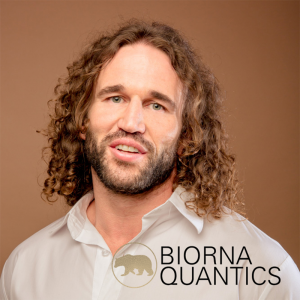 Q: Why do people come to you for genetic testing?

People generally come to us because they are looking to eat and train smarter. Many people wisely see DNA testing as a way to understand their lack of progress with their current program. They have become frustrated that others around them appear to respond perfectly well to exactly the same regime, but they do not. Others come to us seeking an extra advantage in their sporting pursuits or general performance – work or play. What all these people share is that they are switched-on and knowledge hungry. They want to better themselves and are open to what emerging technologies might offer.

Q: How does our DNA tell us about our wellness needs?

One thing we know from substantial scientific research is that one size does not fit all when it comes to a person’s nutrition and exercise needs. You only need to look around to see the huge range in shapes and sizes of our athletes – consider the metabolic requirements of a distance runner compared to a strongman. We are all unique individuals with wide-ranging needs when it comes to how we respond to exercise and diet. The various pressures in our ancestral environments gave rise to a spectrum of specialized metabolic traits, each best suited to those environments, and modern humans are an intricate mixing of these genetic traits.

Q: How does DNA testing work?

Although a DNA sample could also be harvested from blood or hair, for ease of collection the preferred choice for labs is a simple skin cell swab from the inside of your cheek. The sample can be collected at home or with your provider. For us, we then send the returned samples to our lab at Louisiana State University. Turnaround time for us is two to three weeks; we have slightly longer processing times due to our use of 99.9 percent accurate full-sequence technology. You then receive a detailed, actionable and self-explanatory report.

Q: What should I look out for when I go for a DNA test?

Make sure the scientific evidence is solid for the claims made by the genetic testing provider. In the US, the FDA has recently stepped up against charlatan companies offering DNA analyses with unsupported claims. However, this is not the same in many countries. You should also consider the technology the testing provider uses at their lab. Currently, a majority of genetic testing is performed using SNP analysis [analysing part of the strand, rather than all of it] due to the inexpensive nature of the test. Although this is a common approach that’s often described as “industry standard”, it is not the most accurate and has been shown in studies and government reports to have an error rate of up to 60 percent. A better option would be genetic testing providers that use a combination of both full sequencing (Sanger DNA sequencing) and SNP analysis technologies to ensure results are accurate, valid and useful.

Q: What usually surprises people when they get their results?

It surprises some individuals to see that their DNA reports suggest they actually train less than they currently do by incorporating a few high-intensity training sessions (circuits, interval training or CrossFit) into their weekly programs, instead of relying on daily steady aerobic training. For some, short bursts of intense exercise provides greater efficiency in time and effort for faster results. It often happens that many other people are also very surprised to see that they just don’t get enough protein in their diets, or have other dietary deficiencies that they were unaware of.

Q: What are the limitations of DNA testing?

Nutrigenetics and nutrigenomics are fledgling sciences. As such, some genetic testing providers are not always as well regulated by governmental bodies as they should be, and available technologies can vary considerably in error rates.

DNA testing tells you very little about how environment and outside forces shape a person and their metabolism. It is useful to think of our DNA as our blueprint for life. Just as construction of a building can change from its original planned blueprint (think changes in materials availability, budget cuts, and building errors), so too can the human body change in response to its environment through unconscious mechanisms. DNA says very little about the variable and rather unpredictable environment in which a person will develop that will also shape how they are.