How to beat insomnia in Hong Kong | Liv
Skip to content

Hongkongers are some of the tiredest, most-stressed out people in Asia. But with a decent night’s sleep so elusive, how can we get some rest before we burn out completely? Kate Springer investigates. 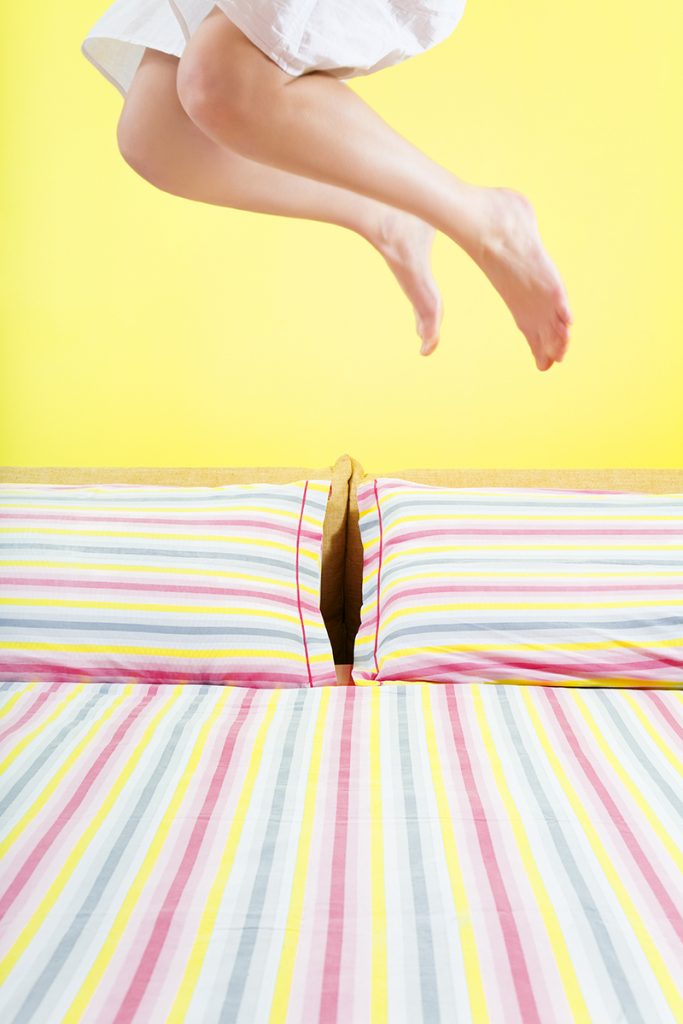 Life in Hong Kong makes all kinds of demands on your time, from work commitments to family, social engagements, travel and more. And when you’re time poor, your sleep cycle is often the first thing to take a hit. Anxiety about the never-ending to-do list or strained relationships keeps us up at night, taking a profound toll on psychological and physical health.

A 2016 study commissioned by the AIA Group analyzed the wellbeing of people in 15 cities. The survey polled 10,000 people across the Asia Pacific region, and Hong Kong ranked the lowest – trailing behind Macau, China and Singapore.

What’s wrong with our wellbeing? According to the AIA Group’s healthy living index, we are a sleep-deprived, tech-obsessed and stressed-out population. Hong Kong residents sleep an average of 6.5 hours a night, spend 3.7 non-work related hours online per day, and scored 6.7 out of 10 on a stress scale.

“I would say that Hong Kong is one of the most stressful cities in the world,” says Dr. Sheri McCurdy-Lightbound, a psychologist who works with Central Minds counseling practice and is an executive coach with Simitri Group International. “People in Hong Kong love to work hard and play hard. They work long hours, tend to go out a lot and never switch off, answering emails and texts at all hours.”

Dr. McCurdy-Lightbound primarily works with adults who have anxiety and stress, and she says sleep issues go hand-in-hand. “Physically, if you’re not sleeping enough, it can cause heart issues, high blood pressure and obesity,” she warns. “And psychologically, your mind doesn’t have a chance to do its work at night, which is to help you to concentrate, facilitate your memory and regulate your mood.”

Anxiety is usually the crux of the issue when it comes to what’s keeping people up at night. As soon as you slow down long enough for your brain to think, the mind floods with worries about work, kids, marital problems, family pressure, relationships, social obligations, and so on. “Anxiety is doing its job; it’s a great emotion. Anxiety is there to make us focus, plan, and get stuff done,” says Dr. McCurdy-Lightbound. “We don’t need to get out of bed and do our taxes right at that moment, so you have to find ways to calm your mind down, like practicing mindfulness, restructuring thoughts, or writing on a pad of paper next to your bed and scheduling a time to do it later.”

Getting your eight hours isn’t the only thing to worry about – a good night’s sleep is also about getting good quality deep sleep through the night. “We live in a society where people brag about how little they sleep; you have to be a gladiator, you have to be a trooper and provide everything,” says Emme Yue, a teacher at an international school in Hong Kong. “People don’t realize how much a lack of sleep affects their health, relationship, happiness and job performance.”

Yue speaks from experience. She has battled insomnia for over a decade, only recently recovering to find that proper sleep can be life-changing. The international school teacher started having sleep issues in 2004 after being diagnosed with ulcerative colitis. The autoimmune disease causes chronic inflammation and malabsorption, which in turn affects sleep.

It affected her deeply, worsening when she started teaching and had to wake up early. She’d be restless at night, lying awake in bed, tossing, turning, urging herself to fall asleep. “If you break a bone, you can go to a doctor and get a cast,” says Yue. But with sleep, it’s so insidious because it affects you in a way that people don’t see – your organs, your mental health, your energy, your mood.”

Yue attempted to solve her sleep issues at home naturally, determined to avoid pills and medications. She stopped drinking coffee in the evenings, cut screen time and used lavender essential oils. These changes certainly helped, but the most dramatic results occurred when Yue began visiting an osteopath, originally for cranial and biodynamic treatments to re-calibrate the nervous system. At the same time, she also started taking a combination of supplements: magnesium to relax muscles as well as a probiotic drink to enhance gut health.

Over the past three months, this combination has improved her sleep dramatically. Now she typically sleeps seven hours a night, within the recommended range of six to eight hours. “Sleeping through the night has been revolutionary for my wellbeing,” she says. “My husband and I are at the best point in our marriage. I am much more efficient at work, and I’m just nicer to be around in general with my improved mood.”

It’s impossible to live an optimal life – juggling work, relationships, kids, friends – while running on a few hours of sleep every night. “People always put these things off because they think it’s not important, but it’s not worth living a subpar life,” says Yue. “Don’t ignore it. Take control of your sleep. Your life will be radically improved once you deal with it.”

Eight tips for a better night’s rest from Dr. McCurdy-Lightbound.

Power down: Limit the stimulants you’re putting into your body: nicotine, caffeine, sugar and alcohol.

Lose the booze. Alcohol might help you fall asleep at first, but as it metabolizes, it turns into a stimulant and wakes you up in the middle of the night.

Quit daydreaming: No napping during the day, otherwise it could be difficult to stay on schedule come nightfall.

Hold the phone: Switch off an hour before you go to bed – this includes all electronics: laptops, iPads, phones. Keep them out of the bedroom.

Lights out: Dim the lights an hour before bedtime. Make sure it’s dark enough in the room; buy blackout blinds or wear an eye mask to get your body to produce the melatonin you need to to fall asleep.

Routine procedure: Stick to a routine about an hour before bedtime. Read a book, drink some herbal tea, take a bath but avoid computer and phone screens.

Pass on pills: Try to figure things out psychologically before trying the drug route, because you could become dependent on a sleep aid.

Sleep enough but still feel zonked? Try to work in these good habits to your day.

Next time the couch is calling your name, take a 20-minute walk before checking out. Exercising regularly for six weeks will make you feel more energized throughout the day.

Your energy levels can be severely depleted if you’re dehydrated, so be sure to drink at least three litres of water every day.

Your perfectionist habits will take a toll on your physical and mental wellbeing, since you’re working too hard on unrealistic goals.

A dose of perspective

Every time your boss calls you into his office, you’re getting fired, right? If you’re constantly worrying, the anxiety will tire you out while keeping you wired.

Your diet is wack.

Put down those Cup Noodles and load up on nutrient-dense foods, like spinach and eggs, as well as whole grains, tofu, fruit, seeds and nuts.