Seven years ago, Humphrey Wilson was a typical British graduate working his way up the corporate ladder. But when the urge to do something completely different struck, he packed his bags and cycled solo from Buckingham Palace in London to Government House, Hong Kong. The trip was an eye-opener. Though he had little cycling experience and was pushed to his mental and physical limits on the 10-month journey, he found the people he encountered on the way warmed towards him and that he managed to explore parts of the world that were otherwise inaccessible. When he made it to Hong Kong, he decided to make cycling adventures his new career.

The original Mad Dogs Challenge was from Hong Kong to Hanoi in 2013 with a group of Humphrey’s friends. It was so successful he began researching a full series of rides between various far-flung and exotic Asian destinations, the idea being to leave participants with a fantastic life achievement to be proud of. 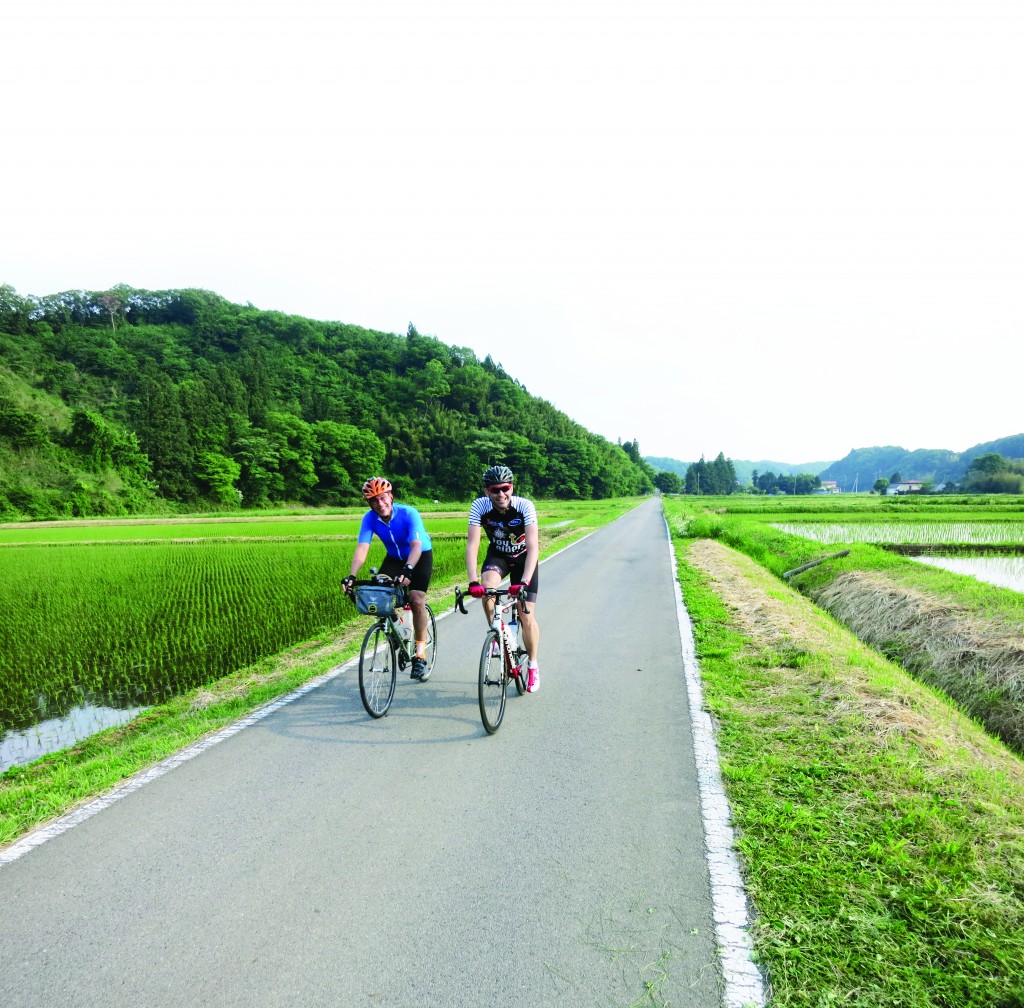 Last year my boyfriend and I decided to undertake a Mad Dog Challenge, but with precious little annual leave our only option was The Kaiping Dash, a one-day, 155-kilometre ride from the Macau/China border town of Zhuhai to the heritage town of Kaiping in Guangdong. We took the ferry to Zhuhai on the Friday night after work and joined our group of about 14 other riders at a basic hotel for a pre-ride briefing at around 9pm. While we had rented a bike computer from Mad Dogs, Humphrey believes it is important for everyone to familiarise themselves with the route, so we spent time going through some of the potential dangers of the ride and where we might make a wrong turn.

The next morning we woke up slightly bleary-eyed at 5am and headed down for a carb-fueled breakfast set up for us outside the hotel. At 6am the klaxon sounded and we began navigating our way out of Zhuhai on bikes supplied by Mad Dogs and onto the main road. The route was pretty flat with only the occasional bridge or slight hill to challenge the quads. But for every climb we knew that we would be rewarded with a few minutes of easy freewheeling on the other side. Humphrey and his team followed in a van and met riders at set intervals with an array of calorific snacks and drinks. Comprehensive support is provided on every trip but there is a strict “no nannying” policy so that people really feel like they’re on their own adventure. You are encouraged to have the appropriate bike tools on you just in case you get into difficulty and support isn’t available straight away.

By 11.30am we’d been cycling for almost six hours and I was ravenous. I couldn’t have been happier to see big bowls of rice and vegetables laid out for us at the lunch stop. We ate frantically because for some of us it was going to be a challenge to finish before sunset, which is widely considered to be the goal on any Mad Dog Challenge. While still relatively flat, the last 70-odd kilometers felt arduous and exhausting in equal measure. Thankfully I’d be cycling in a small cluster of other riders so they spurred me to keep going – albeit at a much slower pace than before.

Once you hit Kaiping, there’s still 10 more kilometres to go before you reach the finishing point in Chikanzhen. When I finally crossed the makeshift finish line (Humphrey had set one up for us) I can only compare the feeling to when I completed my first triathlon: relief. With that said I did feel as though I’d accomplished something pretty impressive for an unseasoned cyclist and I couldn’t wait to delve into a mountain of carbs!

Knowing what I know now, would I do it again, but for a seven-day challenge this time? You bet I would! I’ve already signed up for the eight-day Hanoi to Bangkok challenge in October. I probably should start some training…

Looking for Something Less Scary?

For the (slightly) less adventurous, Mad Dogs has just launched a “Half Mad Dog” with a daily distance of 75-100 kilometres. “The Half Mad Dog from Pu’er in Yunnan Province to Luang Prabang in Laos is one of the most beautiful cycling routes in Asia. The distance is half that of a full Mad Dog, however on this occasion, the mountains add a new dimension to the ride”, says Humphrey. He is also looking at new destinations for Half Mad Dogs, including Japan, Vietnam and Sri Lanka.

Can I Really Do This?

Humphrey adds: “While all Mad Dog Challenges are designed to test you, my experience is that anyone who is relatively fit should be able to manage one. If you sign up to more than a day or a weekend ride I would recommend that you do some training for three months leading up to it”.

Apr 23:  The “Kaiping Dash” from Zuhai to Kaiping

For more information and to book, visit www.gomaddogs.com