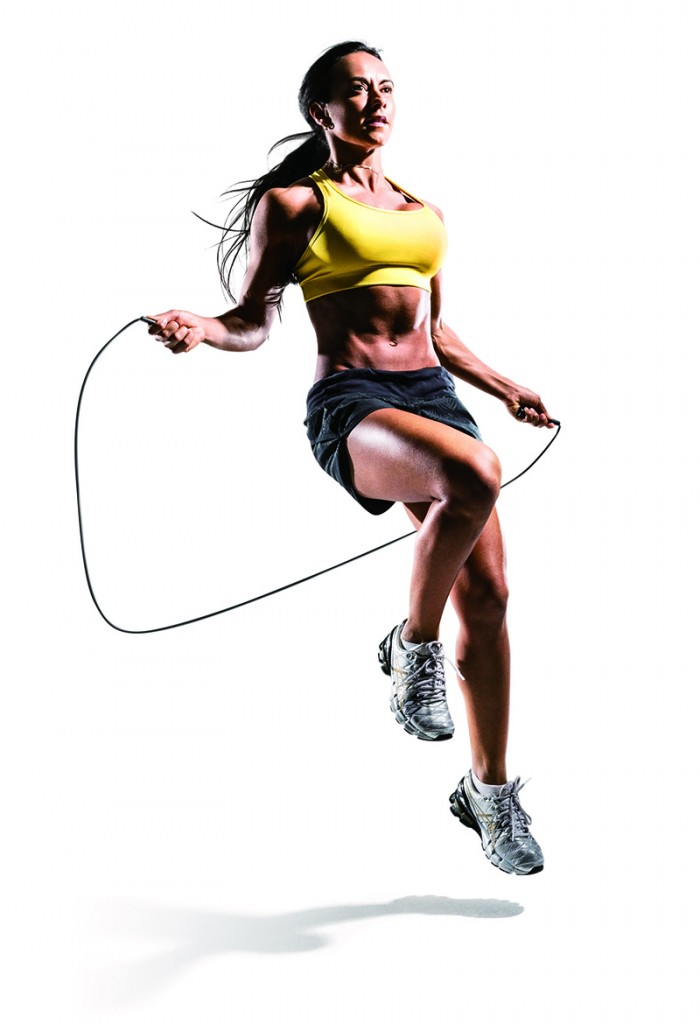 Thinking about building some muscle? Get inspired by local bikini fitness champion Adriana Gonzalez. A group instructor at Pure Fitness, Adriana has collected first place trophies at figure competitions throughout Asia. As she prepares to defend her crown at Mr. Olympia, the largest bodybuilding show ever held in Asia, she talks to us about why women need to get strong.

Why should women build muscle?
There really isn’t a reason NOT to. Most women concentrate on cardio, but all this does is burn some calories. Apart from the feel good factor, weight training improves fitness and body shape, burns more calories than cardio (both during and after!) and it’s great for bone and heart health as well.

Women sometimes express fear about looking too muscular if they start weight training. What would you say to them?
The biggest fallacy out there is that a lady who lifts weights will get big and bulky like a guy. Trust me, building real muscle is a slow process. Any women who appear really muscular are genetically inclined to that body shape, and are eating and training specifically to achieve it. The bottom line is that us ladies just don’t have the testosterone levels to build that much muscle.

Is there a minimum level of strength that you think all women should have? Say to be able to do a proper push-up?
Really, every human should be able to do this! As we all weigh different amounts and are shaped differently, it’s impossible to set one weight for everyone, but when you start training you find you get stronger quite quickly, and then it becomes harder as you hit a natural plateau. I’d rather say it’s better to be consistent and say train three times a week for a year and not miss a session, than worry about lifting “x” kilograms. Set yourself a goal, say of adding one kilo to your deadlift or squat every two weeks, and you will soon improve. 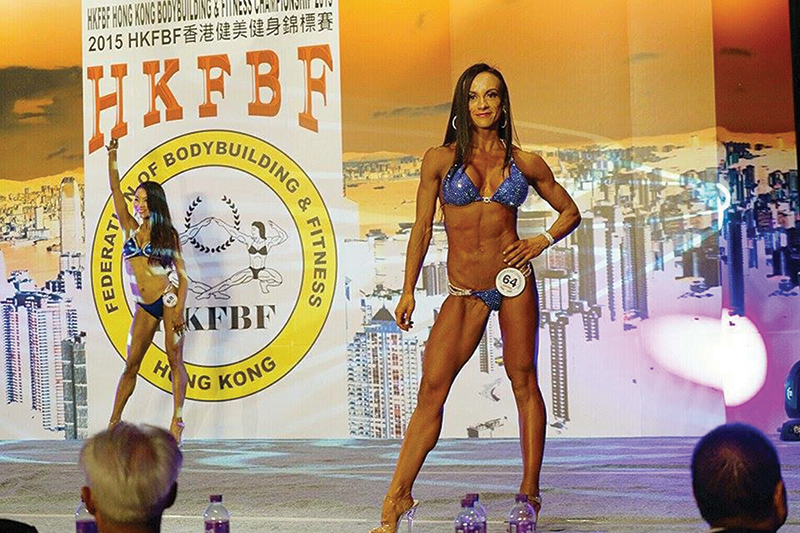 Any tips for women looking to start building some muscle?
The first one is get involved now – don’t wait! Don’t be intimidated; over the past few years the number of women lifting has increased. There are many classes and types of sports that have encouraged this and the preconception that women shouldn’t lift is falling away. From my own observations as an instructor, classes like BodyPump [an intense session using weights in a class format] are usually 90 percent ladies and that’s a great starting place. Drop any negative ideas that “weights make me huge” – it’s nonsense – and get to the gym and get some instruction on how to lift correctly and safely.

Do men ever feel intimidated by your muscles?
Hm, maybe – but that’s just their insecurity if they do. But as I said before, the stereotype of women who lift is being broken every day. For the most part, guys are supportive in the gym, especially those who compete as they know the sacrifices involved.

Any competitions in the pipeline?
Right now I am a few weeks away from the largest bodybuilding and fitness show ever to be held in Asia: Mr. Olympia Amateur. This is a massive show [part of the IFBB, the leading federation for Bodybuilding] and I am super excited about being able to represent Hong Kong in this contest. The winners of this show get their “pro card” which enables you to then compete on the elite level globally – something I would love to do. I would also like to encourage more ladies to compete – it’s a fantastic sense of achievement and it gives you a goal – we are also fortunate here to have great support from the local association (the HKFBF) which has enabled me to compete in some of the big international events, such as the Asian Championships in Japan earlier in the year, and every show the competitor list gets bigger and bigger.

Strong Tastes
We asked Adriana what she eats when preparing for a competition.

“I tend to eat the same foods, which may be a surprise. The difference is that I have to slowly bring my weight down, so it’s a calorie reduction process, which I do carefully. The basics are lean proteins such as chicken, fish, eggs and beef, with a selection of vegetables and some good quality carbs such as sweet potato and quinoa. For the most part though my diet is just a smaller version of what I eat normally but things like cheese or nut butters are vastly reduced or even eliminated at a certain point.”

Asparagus
Useful before a contest as it’s a natural diuretic. It reduces bloating and increases muscle definition.

Protein powder
For after workouts and as an emergency meal replacement.

Rice cakes
It’s a fast carb so it’s only to be eaten after a workout if you’re in need of a quick insulin spike.