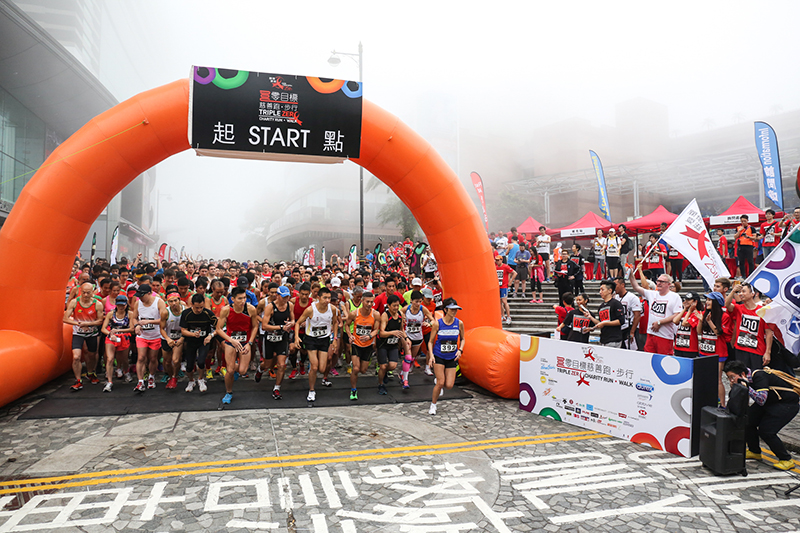 According to the Department of Health, a shocking average of two new HIV infections were recorded each day in the second quarter of 2015 right here in Hong Kong.Do your part to support AIDS Concern, which aims to eliminate stigma, new infections and deaths from HIV/AIDS in Hong Kong, by signing up to the Love Love Run. This fun run (4 or 15k) takes you around the picturesque Tai Po Waterfront Park, with plenty of game booths, performances and even free gelato from Holly Brown. All runners will receive a treat-filled goodie bag designed by Stanley Wong, aka anothermountainman, who is known for reimagining Hong Kong’s classic red-white-blue shopping bags into new, cool designs. The race is $250 for the 4k or $280 for the 14k.

Elsewhere, The Langham is offering a special “TRIPLE ZERO RED” menu at The Bostonian restaurant from November 13 to December 12, also in support of AIDS Concern. The four-course meal has a red theme running throughout – take the baked scallop with sun-dried tomatoes (pictured) to start, followed by the Bostonian’s signature lobster bisque. For mains there’s a petit filet mignon served with cranberry Johnny cake, asparagus and crispy beetroot, and a forest berry panna cotta to finish. The special menu is $480 per head and 10 percent of proceeds will go to AIDS Concern. Alternatively, pull up a seat at the hotel’s Artesian bar, and order a 2-5-0 cocktail – 10 percent of proceeds from sales will also go to AIDS Concern. And don’t forget: World AIDS Day is December 1.