If your little cherubs are bouncing off the walls – and each other – here’s where to head for some (safe) rough-and-tumble rugby fun. By Kate Farr

Start them on the path to glory early by signing them up to Rugbees. Offering play-based classes for tots from walking up to five, Rugbees make the most of cool themes such as “Underwater Explorer” and “Fun On The Farm” to engage their little fly halves. Held at ten convenient Island and Kowloon locations, expect music, stories and rhythm games… oh and insanely cute little uniforms too. rugbees.hk.

Sport 4 Kids’ mini rugby programme has something to offer toddlers, tweens and everyone in-between. First-time trial classes are available to test-drive these fun rugby classes, and there are age-specific camps on offer to keep them from kicking their heels when school’s out for summer (or Easter, CNY, Christmas…). Sport 4 Kids also works in collaboration with a number of schools and kindergartens to offer extra-curricular sports programmes, so check to see what’s on offer with yours.  sport4kids.hk/minirugby4kids. 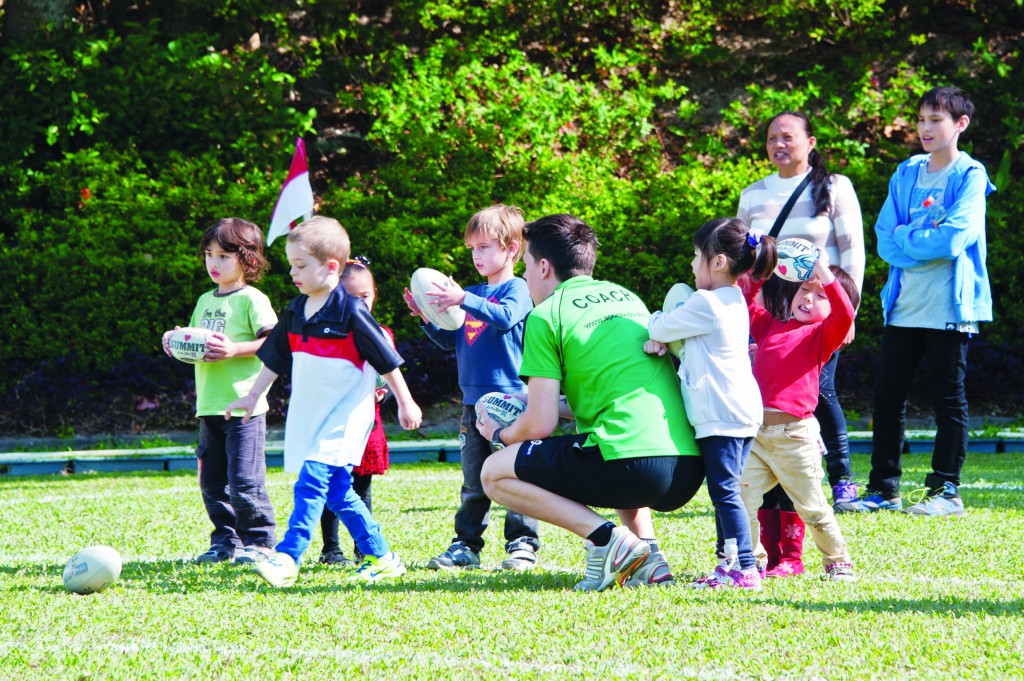 The Hong Kong Mini Rugby Football Union governs more than 20 clubs across the SAR, promoting the sport and offering events and activities for egg-chasers of all ages. Junior matches take place every Sunday morning between September and April and players are also invited to take part in regular rugby festivals. Kids are accompanied to sessions by a parent, making this a great opportunity to bond over gum shields and shin pads.

For more information on participating clubs and the role of the HKMRFU, visit hkrugby.com/pages/mini-rugby.

The city’s oldest and most successful club, Hong Kong Football Club hosts regular Sunday sessions throughout the playing season, come rain or shine, so make sure you pack an umbrella and sunscreen alongside your cleats. The season’s highlight has to be – what else? – The Sevens, when the young players gather to take part in a showcase alongside other local youth teams.

Winning the “best training location” competition hands-down is the South Lantau Buffaloes rugby club, who regularly gather for practice on Pui O Beach. Join them every Sunday morning between 9.30-11.30am for mini rugby sessions for kids from four to 16.

The Sai Kung Stingrays are an active and social club, offering coaching that begins at the age of four and continues up to late teens. The Stingrays are all about enjoying the game in a safe and responsible manner, with a strict code of conduct ensuring that everyone has a great time, but goes home in one piece.

The USRC Tigers meet at King’s Park in Ho Man Tin every week to kick up some serious mud. A club for the committed rugby enthusiast, plenty of Tiger alumni have made the cut on the international Sevens stage, making this a good spot for little Lomus to cut their teeth (and sharpen their claws).

For more information on membership and fixtures, visit facebook.com/USRCTigers.

The Discovery Bay Pirates offer swashbuckling Mini, Youth and specific Girls’ rugby teams, gathering for training once or twice weekly (depending on age) at Siena Park or Tai Pak Beach. The Mini Pirates compete in a number of festivals and cups each year, and the season ends with a fun day, along with awards that include “Pirate of the Year”. Ooh-arrrgh. 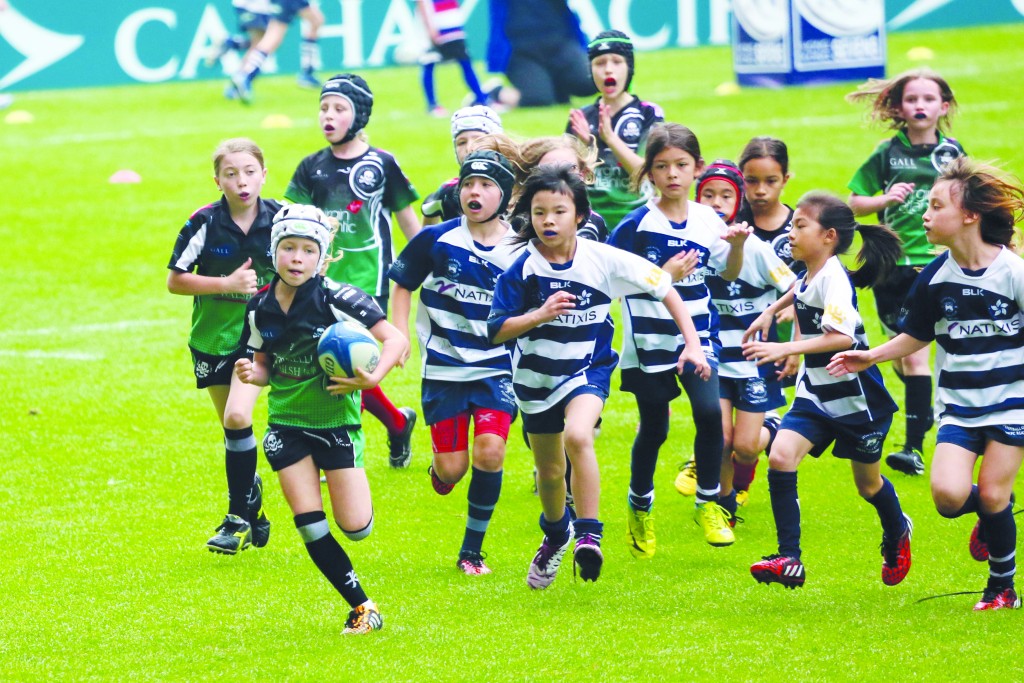 Defined by her expertise as a Hong Kong rugby referee, Mui Thomas – who suffers from a rare skin condition called Harlequin ichthyosis – blazes a trail for those with visible differences, both on and off the pitch.

What initially drew you towards becoming a rugby referee?

I’ve never actually played rugby myself. When I first decided that I wanted to get involved at 16, my parents had to tell me that, although it was cool that I wanted to play, no one would want to tackle someone with my skin condition.

Then someone – I think it was Steve Jones, Club Coaching Coordinator at the HKRU – suggested refereeing. I attended the course, which in turn led me to join the Hong Kong Society of Rugby Football Union Referees. I think what drew me ultimately towards refereeing was that it was something. I could do without being judged on my appearance. Not once did I ever think that I would be where I am today.

What have been your proudest moments participating in the sport?

As an adult, my proudest moments have simply been in being a part of such a large and vibrant group of people, and getting the chance to referee the next generation of Hong Kong rugby players.

And your greatest challenges?

My greatest challenges of being a referee have not only been about my own performance, but also in how players and coaches would accept me as a female rugby referee who also happens to have a visible difference.

I am lucky that I haven’t experienced any discrimination – Hong Kong has an incredibly supportive rugby community. When players, coaches or spectators meet me for the first time, they may be a bit shocked, but I’m happy to say that once the whistle blows, I’m judged only by my ability to referee a game. Which is how it should be for everyone.

Is Hong Kong Rugby generally supportive of those with visible differences or additional needs?

Hong Kong Rugby continues to pave the way in enabling everyone to be a part of the community, whether or not they have special needs. For example, the HKRU have been developing the game to allow hearing-impaired individuals to be a part of tag rugby; their outreach programme is one-of-a-kind.

I referee all of the Mini Rugby festivals, working with the Under-12s crew. This is a brilliant training ground for rookie referees, as you get a lot of exposure to the Youth game before heading into the Colts league. Festivals run roughly once a month from November to March, and I usually get to work five Girls games and maybe a couple of Boys ones as well. It’s a long day of refereeing, but I love it.

When I’m not refereeing the Minis festivals, you can often find me sitting with a clipboard scoring male Premiership games on a Saturday afternoon anywhere in Hong Kong. You’ll also find me doing extra duties at test matches, and I have also done Sevens weekend as well, which is of course the highlight of everybody’s rugby calendar!

Most importantly of all: who will you be cheering for at this year’s Rugby Sevens?

Since I’m born and bred in Hong Kong, I have a certain allegiance to the local squad… but, being part Welsh [Mui’s Dad is Welsh], I’ll have to say Wales!

Find out more about Mui and her rugby career at www.facebook.com/GirlBehindTheFace.