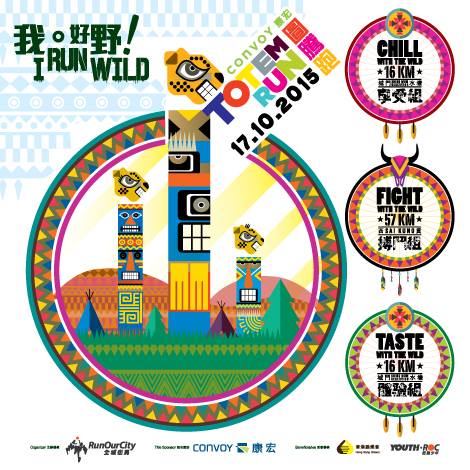 The Totem Run, an exciting trail running event with a carnival atmosphere, will take place in Sai Kung and Shing Mun Reservoir on October 17. Organised by local non-profit Run Our City, the event will raise funds for Youth ROC, a running program for schools; and Hong Kong Unison, which help to foster inclusiveness among minority youths. For hardcore trail-runners, the 57-kilometre Fight with the Wild will take you from Pak Tam Chung in Sai Kung, through Kei Ling Ha, Beacon Hill and Shing Mun, before ending in Tai Mo Shan Rotary Park. For 16-kilometre Chill with the Wild and Taste with the Wild routes, runners will start at Shing Mun Reservoir, ending at Tai Mo Shan Rotary Park. The route will be marked with colourful totems, while a “guerilla support team” will be on hand to provide refreshments and make the run a fun one. There’s even a “totem party” at the end of the race. Registration is open until August 5. Find out more here